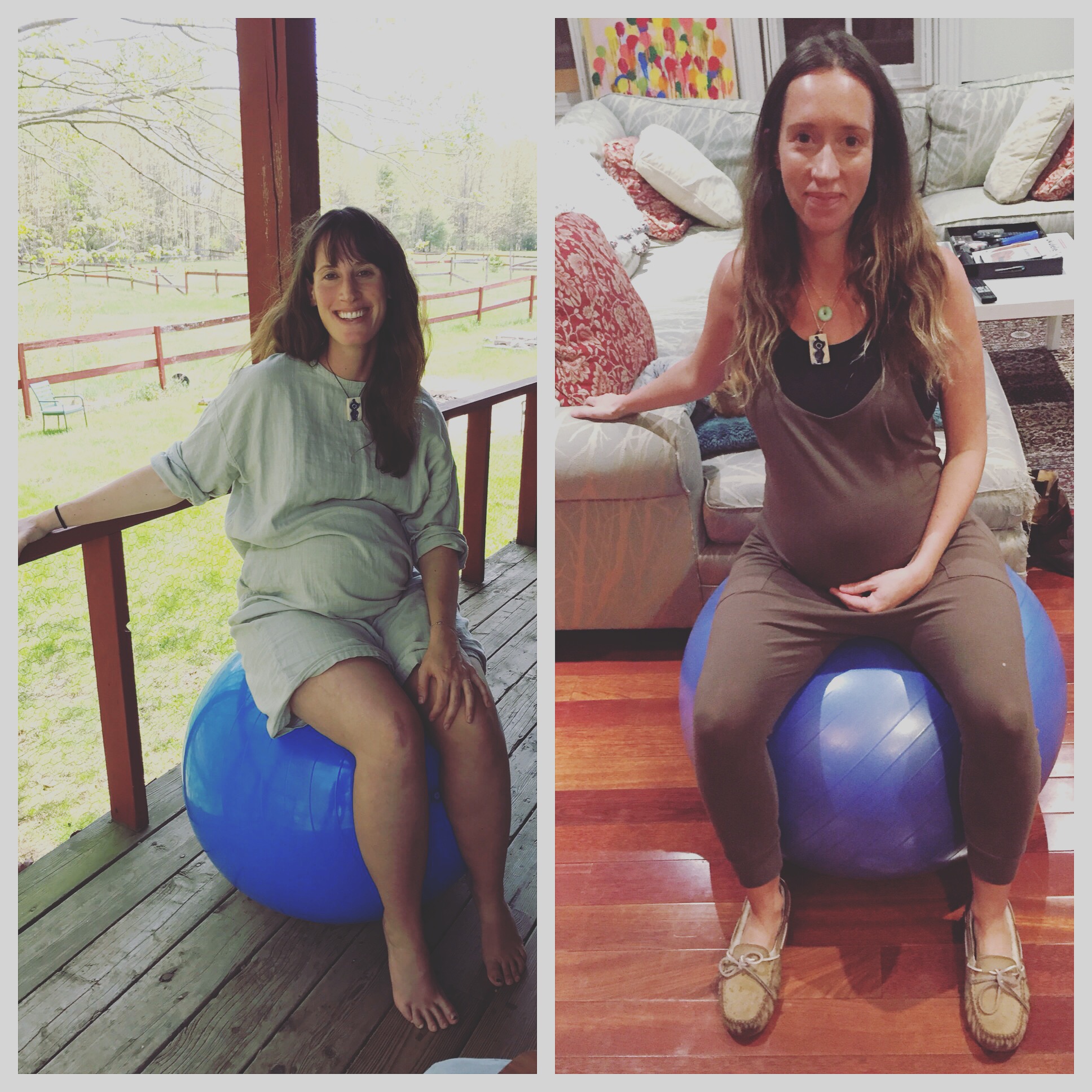 These are photos of me and my sister, taken seven months apart. My sister: my archrival and my biggest ally, depending on the year, depending on the circumstances. My sister, who moved up to Vermont for several months to support me during the end of my pregnancy and the beginning of new motherhood, only to get pregnant herself within weeks of adjusting to life in Burlington, and decide to go back to her familiar environment in Philadelphia to give birth and raise her daughter. Her daughter, who was born this week via healthy scheduled c-section following numerous attempts to get her little one to turn.
It would be easy to focus on the differences. I had a home birth at my house in the woods in Vermont. She had a scheduled c-section at a hospital in Philadelphia. I had a brutally difficult time nursing, with thrush, Reynaud’s, low supply and a tongue tie that wasn’t diagnosed for months. Her daughter Avi latched on immediately with a strong and beautiful latch…but we’ve spent too much time living in our differences. Pregnancy and early motherhood has actually been the most profoundly unifying experience for us. I realized pretty early on that going through the transformations of pregnancy and motherhood would leave little room for the judgments and tensions that plagued our relationship for so long. Both of us entered into our pregnancies without planning to get pregnant, at auspicious times in our personal lives and our family story. I took this to mean that our babies want to grow up together and know and love each other. I feel that this want is bigger than any “plans” we have for our lives, and feel confident that we will organically end up raising them close together, after living far away from one another for several years.

I have already seen us coming together through this process of pregnancy and mothering: putting immense love and intention into planning each other’s Blessingway ceremonies, sharing our experiences of pregnancy in conversation, being vulnerable and open with one another in new ways, and deeply loving one another’s children. We have grown softer and kinder with one another, and more thoughtful with our words.

Although my sister and I have chosen different paths in life, it is becoming abundantly clear that those paths are converging through giving birth to our little ones. I love looking at these juxtaposed photos because they remind me of our commonality, which has at times been difficult for me to connect with. Both in similar poses at similar moments in our pregnancy, both with long hair and full on “pregnancy glow”, both wearing the ceramic fertility goddess necklace gifted to me by my best friend and passed along to my sister at her Blessingway. These photos ground us in our shared experience. They illuminate our true sisterhood—a connection that transcends our choices and circumstances, and without which we would be infinitely less than what we are—as mothers and as humans.